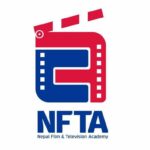 Nepal Film and Television Academy (NFTA) is one of Nepal’s finest Film & Television schools for talented individuals who wish to pursue careers in the entertainment industry. It is located at Anamnagar, Kathmandu, Nepal. The classes at NFTA are conducted by experienced faculty members who passionately teach the craft through practical, theory classes, games, exercises, and extensively filmed practicals. The members’ task at the school is threefold – that of identifying, training, and grooming raw talent into a breed of disciplined actors for the next generation. A number of established producers, directors, and actors have graciously accepted to be on the advisory board and have helped to accomplish the mission. Students of Nepal Film & Television Academy are taught the most modern methods, techniques and tools. Training is imparted by qualified teachers from India and abroad; all students also receive personal attention and care. The training ensures that when the students step out into the world as performing artists, they are well equipped to face the challenges of any medium – be it stage, television, or film. All these are the reasons NFTA has become successful in establishing itself as one of the best film academies in the Kathmandu valley of Nepal.
[email protected]
01-5172670
http://www.nfta.com.np/
Baneshwor-10 Kathmandu, Nepal
3 Views
0 Rating
0 Favorite
Share 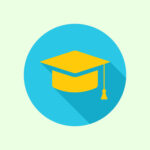 Is this your business?

Claim listing is the best way to manage and protect your business.

Get the latest update for all educational needs like counseling, news, notices, results, scholarships, entrance preparation, and opportunities.